Of all the places in the world destroyed by the ZomPoc, the American Midwest seemed to have faired the best. Maybe it’s the intense heat. Maybe the landscape. Maybe the way the population is spread out. Who knows? But as I travel through what was once the great state of Texas I’m reminded that this country was once incredibly beautiful.

Don’t get me wrong. The chaos and destruction of everything that came after the undead rose is visible anywhere you look. Hell, Texas had a population of around 28 million. Most of that population was centered around the large cities. You couldn’t pay me to go near Dallas-Fortworth. The SouthWest side of the state was nearly uninhabited. Yet, the signs of the undead is everywhere. Burned out cars cover most the buckled and broken roads. The frames of buildings long fallen jut from the ground like so many rib cages. An undead highway of trampled ground stretches off into the distance created by the massive hordes that made their way west destroying everything in the way. Sun bleached and broken bones of the truly dead litter the ground like macabre cigarette butts.

The survivors I’ve come across run the gamut from a wild eyed LaMOE that I had to put down, to survivor sanctuaries that welcomed me. I steered clear of the several Cobra Outposts I came across. They seem to be popping up more and more making my mission even more important. I need a team.

Forge found me in Northwest corner of Texas. I was paralleling Route 62 approaching Salt Flat Texas, a ghost town before the end now a literal ghost town. I saw him coming from a mile away. The big horse he was riding kicked up a cloud of dust as he approached. He stopped about 25 yards away. Beads of sweat dripped down his face and bare arms, a large black gloved hand sat on a shining revolver on his right hip positioned for a cross draw, he never got off the horse.

“Saw you coming. Figured I’d check you out.” His hand still on the pistol.

“Passing through you say.”

“Not really sure that’s your business.”

“Ha. Fair enough.” Our eyes were locked. He had the high ground. I kept my cool. “The beret. You military.” He began drawing slowly.

“You know I’ve seen a lot of you military folk. Never doing anything good.” He drew a little more. I stayed loose. My own pistol was set for a cross draw as well. Wouldn’t matter. Either he’d shoot me or he wouldn’t. I’ve found if they’re talking they don’t want to kill ya.

“I’ve heard. I’m not them. I’m alone. Just trying to find a place to hunker down.”

“You could be a scout.” At this point the pistol was plain in his hand. “Why shouldn’t I drop you where you stand and take what you’ve got.”

“You could. Wouldn’t blame ya. I’ve heard the stories. Not sure what’s true and what isn’t anymore.” I figured the longer I could engage him the less likely he’d be to squeeze that trigger. “I’m just trying to get by.”

Just then his attention was drawn to something else, “Shit.” He wasn’t looking at me now but behind me. I was apprehensive to turn around but I had to see what it was. It looked like a dust storm only it wasn’t. I turned back around to face the man on the horse. He was looking through a pair of binoculars. “Shit.” It was clear he wasn’t happy at what he was seeing. “C’mon. We gotta get out of the open.” He turned the horse and started off. I followed at a run. I didn’t know what he saw but I had my suspicions. He had stopped at a decrepit building. Now not much more then some walls standing at odd angles. He went around back I came around just in time to see him tie off his horse. He pointed his pistol at me, “You make one damn sound and you’ll be buried here.” I nodded in agreement. “Go on.” He motioned toward the front of the structure. We squatted down and waited in silence. In minutes the sounds of the caravan reached us. Moments later the first big vehicle passed. A Cobra Rage using its armored front to push any vehicle husks out of the way. A second followed cleaning up anything the first missed. Then one after another the heavily armored Cobra HISS tanks went by. I counted 12 in all. We stayed quite after the last one passed, I broke the silence, “Cobra.”

“I fucking hate them. Been coming around here more and more.”

“You know what they’re doing?”

“Not sure.” He looked at me then at the pistol in his hand and holstered it. “Zombies I can deal with. Damn bikers too. But Cobra...” the word hung in the air. He turned to me, “Where’d you say you were heading?”

“Well, it’s not gonna be safe here with them around. With how loud those things are I just know a horde is following behind them. I got a couple more horses and some gear.”

“You suggesting we partner up?”

“This is Texas, every Lone Ranger needs a Tonto.” 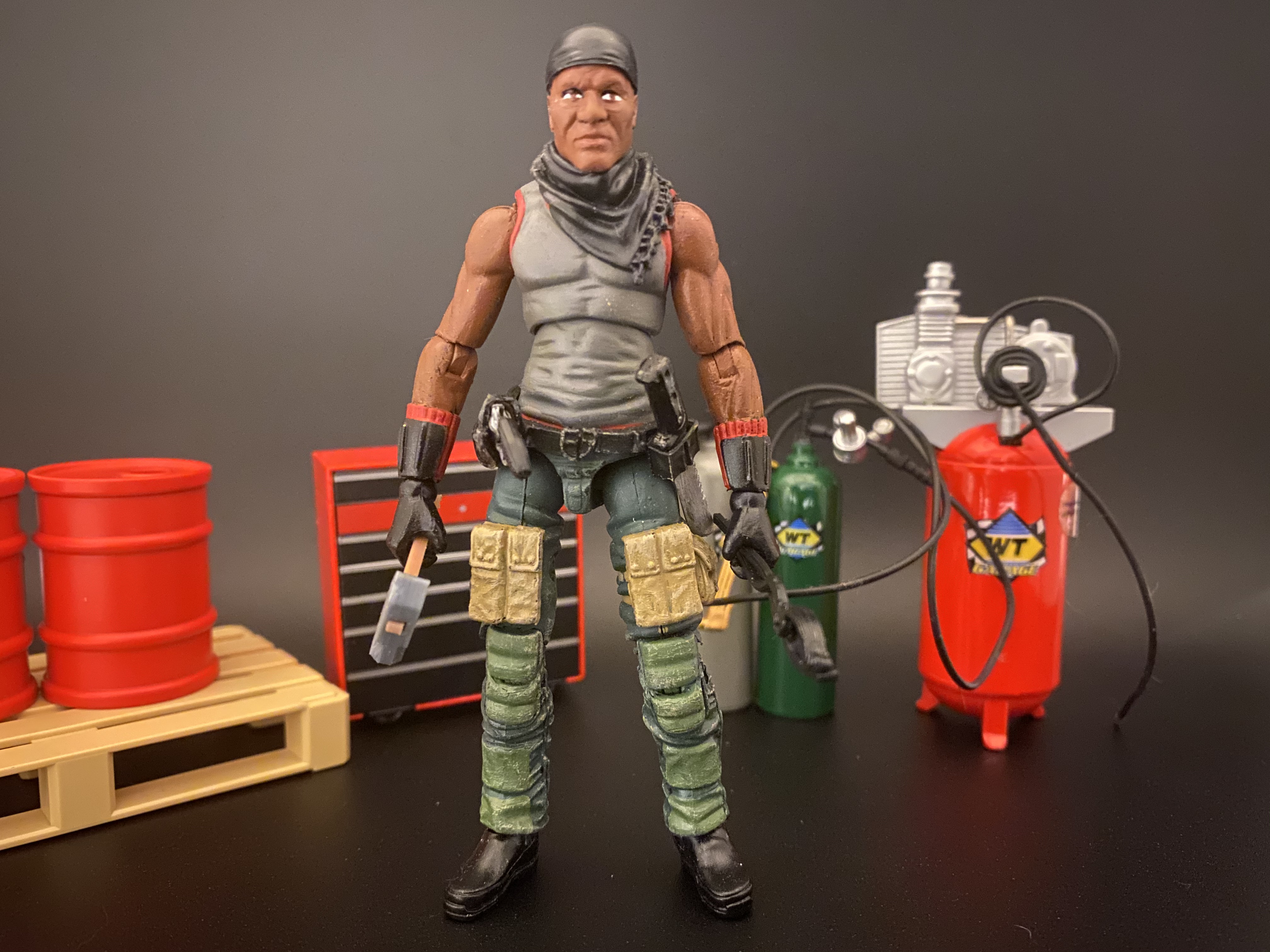