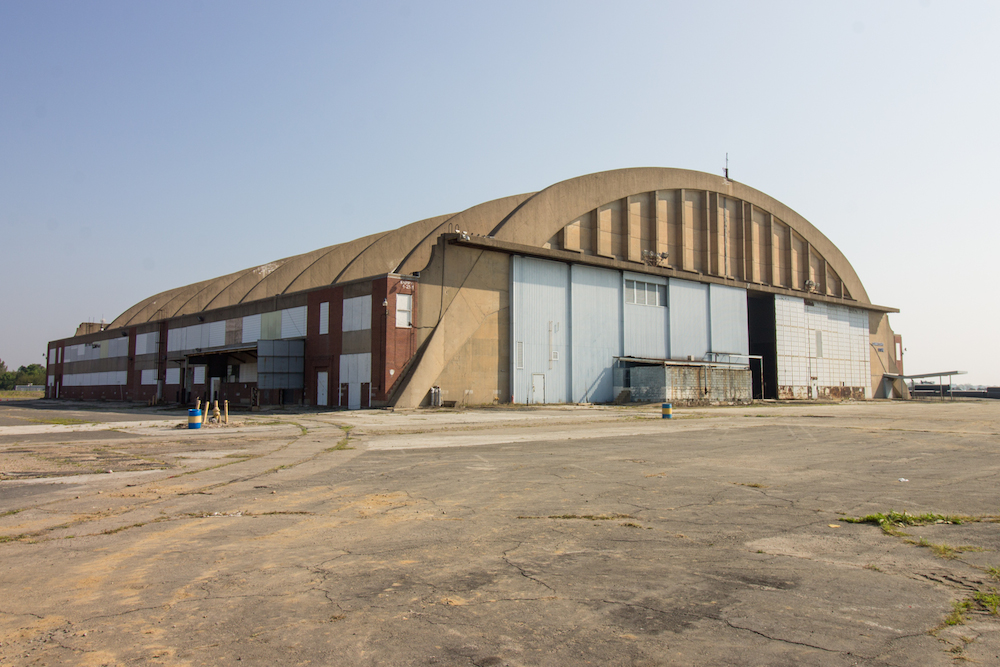 The lone figure cuts the last piece of chain link fence and squeezes through the hole. As soon as they are clear they freeze like a rabbit fearing a snake, listening intently for any sign that undead heard. They’ve planned their route to the hanger. From the relative security of what was once a storage shed for communication equipment, they watched the small airstrip. No one left. No one came. More importantly, there wasn’t a single sign of the undead. The route was the most direct but also the most open, there is no cover. They only have one chance to make it unseen. They don’t even know if the helicopter is still there. They left it in the hanger after their last flight, they’d taken a couple C-suite visitors on an aerial tour, piloting was there day job and paid the bills, far more so then the meager salary from Uncle Sam. They had made sure to refuel the bird and double-check all the systems before calling it a night. That was nearly three months ago. Before the world went to shit. Anything could have happened between now and then. This was their last hope. If it was still there they’d head west. Find a nice place to land and figure out the rest. They’d be able to get at least 300 miles from here. It’d be a start. If not, well, there was a solid stash of supplies in the pilots’ room.

They readied themselves, took a breath, and made a run for it. The grass crunched underfoot, it sounded like a herd of elephants trampling glass. Breathing heavily they made it to the corner of the hangar. Taking a moment to catch their breath they reassess their plan. They unholster a pistol and unsheathe a blade as they cautiously make their way towards the corner. Peering around, nothing, no sign of movement, the hanger doors are closed. Years in the Army National Guard had taught them to keep their head on a swivel, watch their six, and expect everything to go FUBAR at all times.

They made their way toward the main door. At the door they carefully re-sheathed the knife, an infection was a life sentence. Cupping the keyring in their left hand to ensure they didn’t jingle they slide the key into the lock. The door opens with a nearly inaudible click. Again they freeze. The sound of blood pumping through their veins the only sound. Slowly they open the door, pistol up and ready. The Stygian darkness of the hangar made them uneasy. They put the keys away and take out a small flashlight. With the press of the switch, the light is on. It’s beam barely piercing the pitch-black cavern. Slowly they advance, turning to check behind them quickly. With the pistol pointed out into the void they close the door making sure to lock it. They step away from the wall slowly. With the door being locked the chances of anyone being inside were low. Only a handful of people had the key and they hadn’t seen hide or hair of anyone. Still, they proceeded with caution knowing each step could bring them closer to the thrashing jaws of some poor soul that came to the hangar with the same idea only to turn.

They made it to the helicopter. It was still there. Waiting. This was very good. They made their way to the office to grab some supplies then they’d check over the bird one last time get it ready to fly. The worst part would be the mad dash to open the hangar doors, get the bird out, started, and in the air. The sound would attract every undead creature within earshot. Not to mention any survivors desperate to escape. They’d only get one shot. They grabbed the supplies; bottles of water, energy bars, some tools, a backup pistol one of the other pilots left around “just in case.” They chuckled at the thought. They tossed what they could in their pack and brought it to the copter. It took a couple trips to complete as they refused to holster the pistol and flashlight.

Moving the helicopter was something they knew needed to be done they just hadn’t thought they’d get this far. The copter has wheels and was still on the dolly which they could easily operate by themselves. The problem would be the motor. Once they started the small engine the first dinner bell would be rung. It wasn’t that is was loud, no louder than a ride-on lawnmower, it was more the sound would echo in the hanger and travel in the soundless night to the waiting ears of the undead. There was no other way. They could not move the chopper on their own. It was a Bell 222, they picked it cause it reminded them of Airwolf, they used to watch the news just to see clips of the machine in action. Now they wished they had one of those Ultralight helicopters like the Helicycle.

With the chopper loaded up, it was time. They glanced down at their watch. Midnight. The dark didn’t stop zombies but it did slow down the living. Now came the math, it’d take no more than five minutes to get airborne if everything went according to plan. If not... they’d deal with it when it happened.

They stepped to the dolly about to start the small engine when they heard the unmistakable sound of a chopper fast approaching. 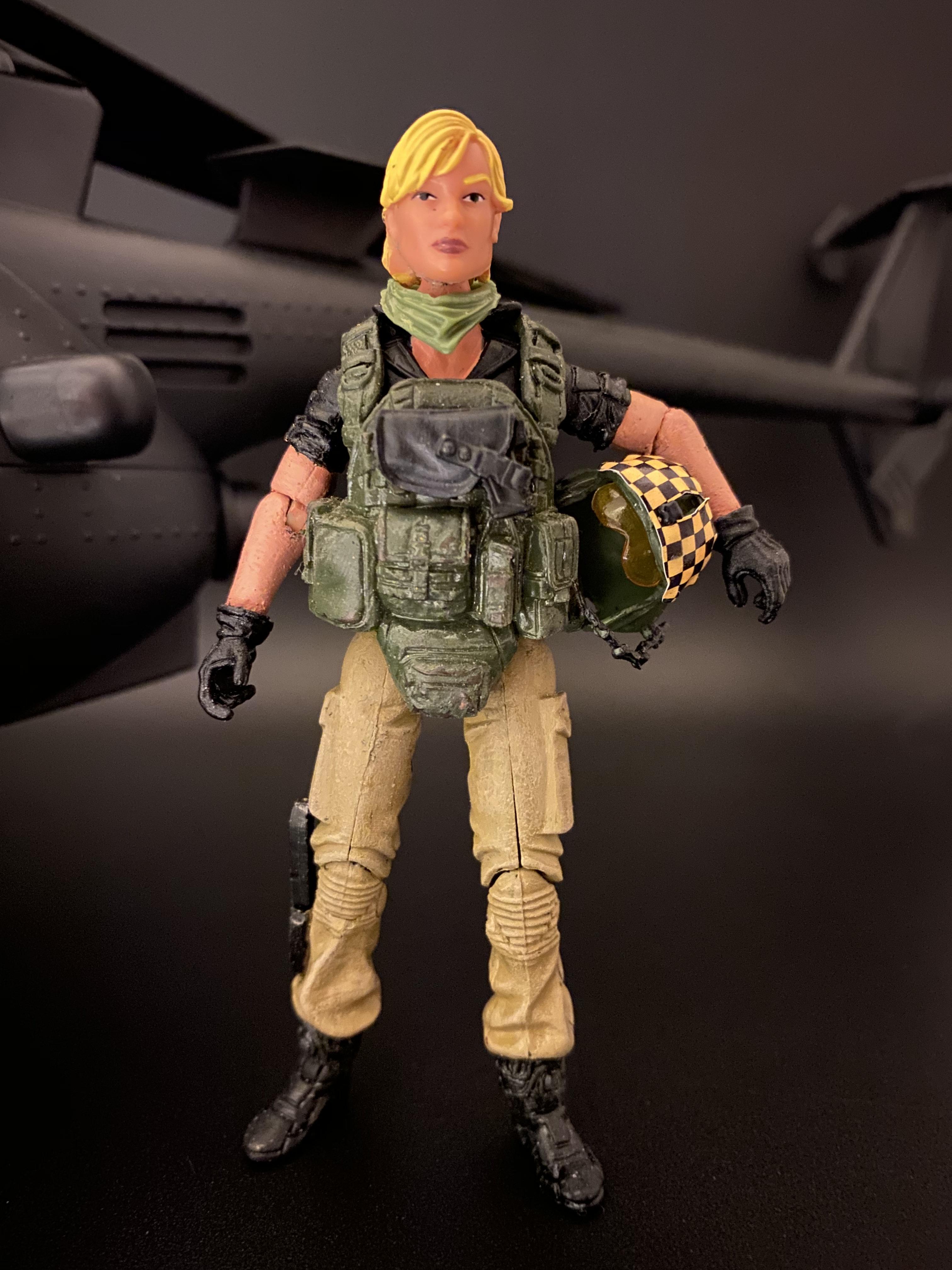 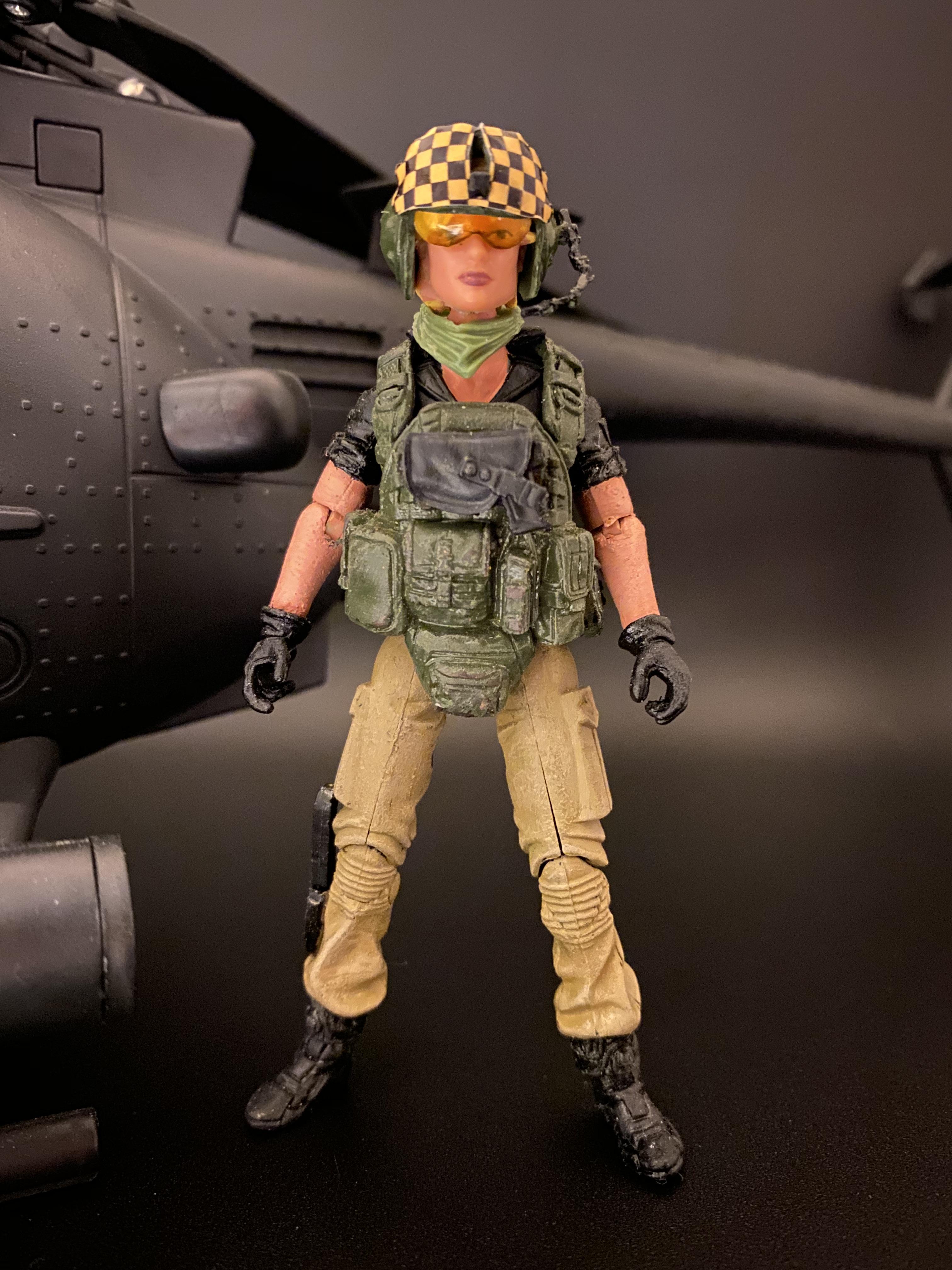