In its former life, it was a small aircraft hangar. While the years of disrepair had taken their toll the team was able to secure it and section it off into different areas; a recreation room complete with pool table and video games, bunk rooms, a small med clinic, a dining area with kitchen, a workshop for Forge and Smith to make and repair weapons, and a garage for their small collection of vehicles. Power was supplied by a series of solar panels and wind turbines.

The team’s two helicopters, a Little Bird and Tomahawk were stashed in a hangar directly across from the one they were in.

They’d been able to set up several camera systems and a series of tripwires and pressure sensors around the perimeter to alert them to the presence of any unwanted visitors. As often as possible two people were on watch. One would watch the video monitors while the other was walking the perimeter. This shift Sparrow and Bowyer were keeping watch. The rest of the Joe Team; Falcon, Forge, Smith, Hook, and Wrench Bender were enjoying some downtime in the rec room.

“I heard you were looking for some stuff.”

The team froze. A man stood in the doorway. A black gas mask covering his face. A flecktarn hood and cape further hiding his head and body. Falcon was the first to level a pistol at him. The rest quickly followed suit. With five pistols aimed at him, the man didn’t budge. “Okay there. Not exactly the welcome I was hoping for.”

“Who the fuck are you? How’d you get in here?” Falcon barked.

“Hook go check on Sparrow and Bowyer. There’s no way he should’ve gotten by them.” Hook keeps his pistol aimed as he sidesteps to an exit door next to him, he steps out and runs to check on his teammates.

“They’re fine.” The stranger tries to assure the team, “I’m just... better at what I do then they are at what they do.”

“Shut the fuck up! Forge search this asshole.”

“You got it, boss man.” Forge holsters his pistol and steps up to begin his pat-down.

“I wouldn’t do that if I were you.” The masked man moves the cloak to the side revealing several blocks of C4 and a detonator in his hand. Forge freezes in his tracks. “Listen folks. I’m here cause I heard you were looking for stuff and I’m your guy. You want it? I can get it. Now ain’t nobody here gonna so much as tap me on the shoulder or I’ll blow us all to kingdom come. That would really screw up my day so please don’t make me do that.” Through the open door, Falcon can see Hook with Sparrow and Bowyer. All have weapons drawn and pointed at the trespasser taking care to keep their lines of fire clear of friendlies. “Now I’m gonna step in the room so the three behind me can step in. Then you’ll all put your weapons down and we can start this party correctly.”

“The fuck we will!” The anger in Falcon’s voice dripping like venom.

“Eh eh eh. Language.” He steps in, “Remember, we can work together or go boom.” He took a deep breath, “Let’s start over, shall we? I heard you’re looking for supplies, it’s quite the list I might add. I’ve got.”

“What’re you talking about?”

He let out another sigh, “You were asking around the damn Bizarre." He kept the wall at his back and slowly made his way toward a chair which he pulled out. He took a seat.

“Say we were. What do you have?” Falcon lowered his weapon, the rest followed suit.

“All of it.” He put his feet up on a table, “Everything. It’s kinda what I do. I find stuff. I get stuff. He lowered his hood and removed his gas mask. His face remained covered by a black balaclava. “Thank you for putting the weapons down.”

“What do you want for ‘everything’?”

“You’re a smart guy. IT's good to know you know that nuthin’s free.” He chuckled to himself, “Simple. I want in.”

“The team. You guys are calling yourselves ‘Joes’ right?” 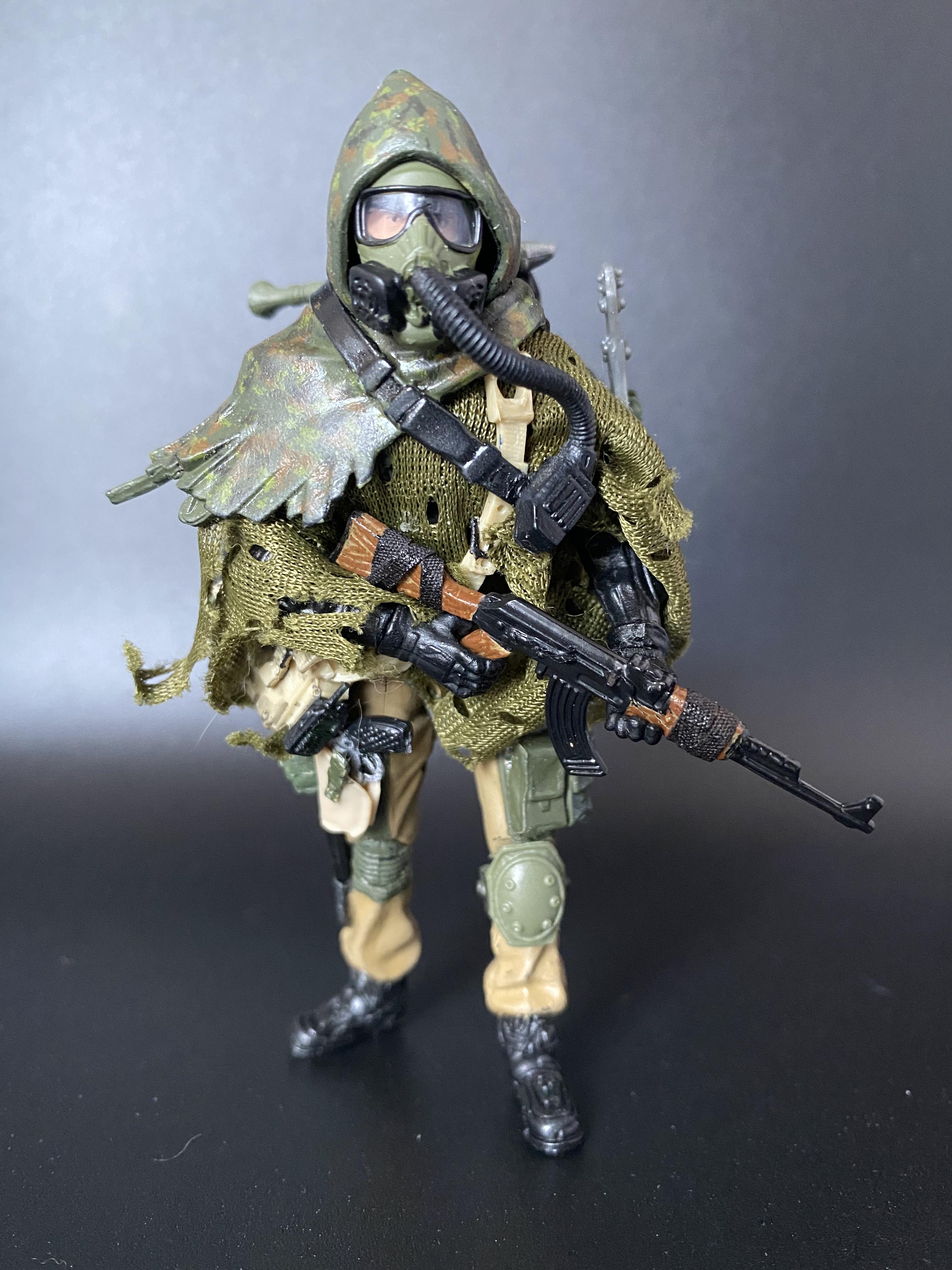 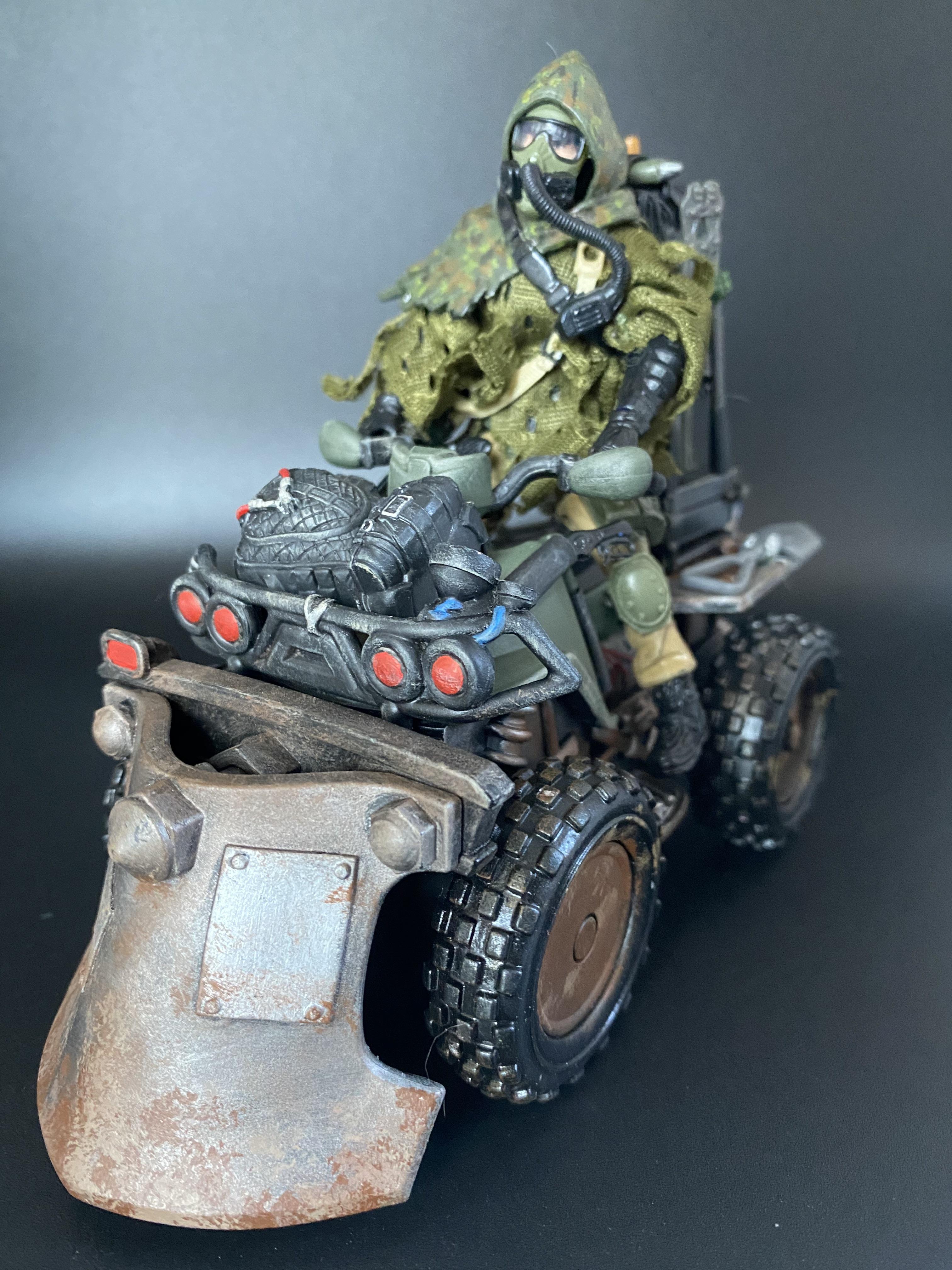