“What the fuck happened here?” Greaser looked down the barrel of her rifle while panning left then right. The smell of rotting corpses mingling with the stench of the undead that they had found feasting. They had eliminated all threats before closing the gates.

“Oh shit.” Throttle freezes in her tracks. No matter how many years pass, seeing children that had been a buffet for the undead never got easier.

Minstrels of old fell into one of two categories, those who worked for the crown, entertaining court, and those that traveled using their songs to pay their way.

The Minstrel of the wastelands is neither. He’s not a minstrel at all. He is a jester. Thing is he didn’t know the difference when he started down his path of death and destruction, now the name’s stuck. Even still, jesters of medieval Europe entertained doing tricks and acting the fool, not so for this Minstrel.

The colorful character was a welcome distraction from the world outside the settlement’s walls. The kids watched in rapt awe as he tossed three bright juggling clubs into the air then spun in place while rhythmically clapping only to stop, catch each club in turn, and continue juggling. His act had been going on for some time. Nearly all the residents of the small hamlet were watching. Several guards had been drawn away from their posts by the sounds of happy children, children who were growing up in a world where happiness was a rare luxury. Smiles lit their faces as giggles escaped. The show was allowing them to be children rather than hardened survivors of an undead world.

This wasn’t the Minstrel’s first show. He’d been performing for some time now. He’d forgotten how he started. He’d forgotten when he started. His mind fractured in bits and pieces. His act always the same. Approach an outpost or enclave. Gain entrance. Entertain. Then...

He tosses two of the juggling clubs far into the air while simultaneously pulling the handle of one revealing a razor-sharp blade, which he quickly used to slice the throats of the children closest to him. The warm lifeblood was spraying into the air. The screams of children creating the chaos and confusion he needed. He reached out and caught the other two clubs pressing small buttons, which separated the tops from the blades. The bloody ballet he performed as he cut jugular after jugular a sight to see. Before the show, he had placed gift boxes around the perimeter “To mark the show area” now the Jack-In-The-Box sprang to life. These were no toys. They spewed his concoction of paralyzing gas into the air. Those that found themselves in the cloud froze, terror locked on their faces as his blades released their essence.

One after another. Those that tried to escape fell to blades buried in their backs. The guards that had remained at their posts heard the commotion. Did they stay to ensure THEY didn’t get in? Did they go to see if THEY were already inside? Screams echoed through the air. The Minstrel knew it was only a matter of time before the chorus of the dying attracted the already dead. He had to be swift, and he was, forty-three fell, including all the children. 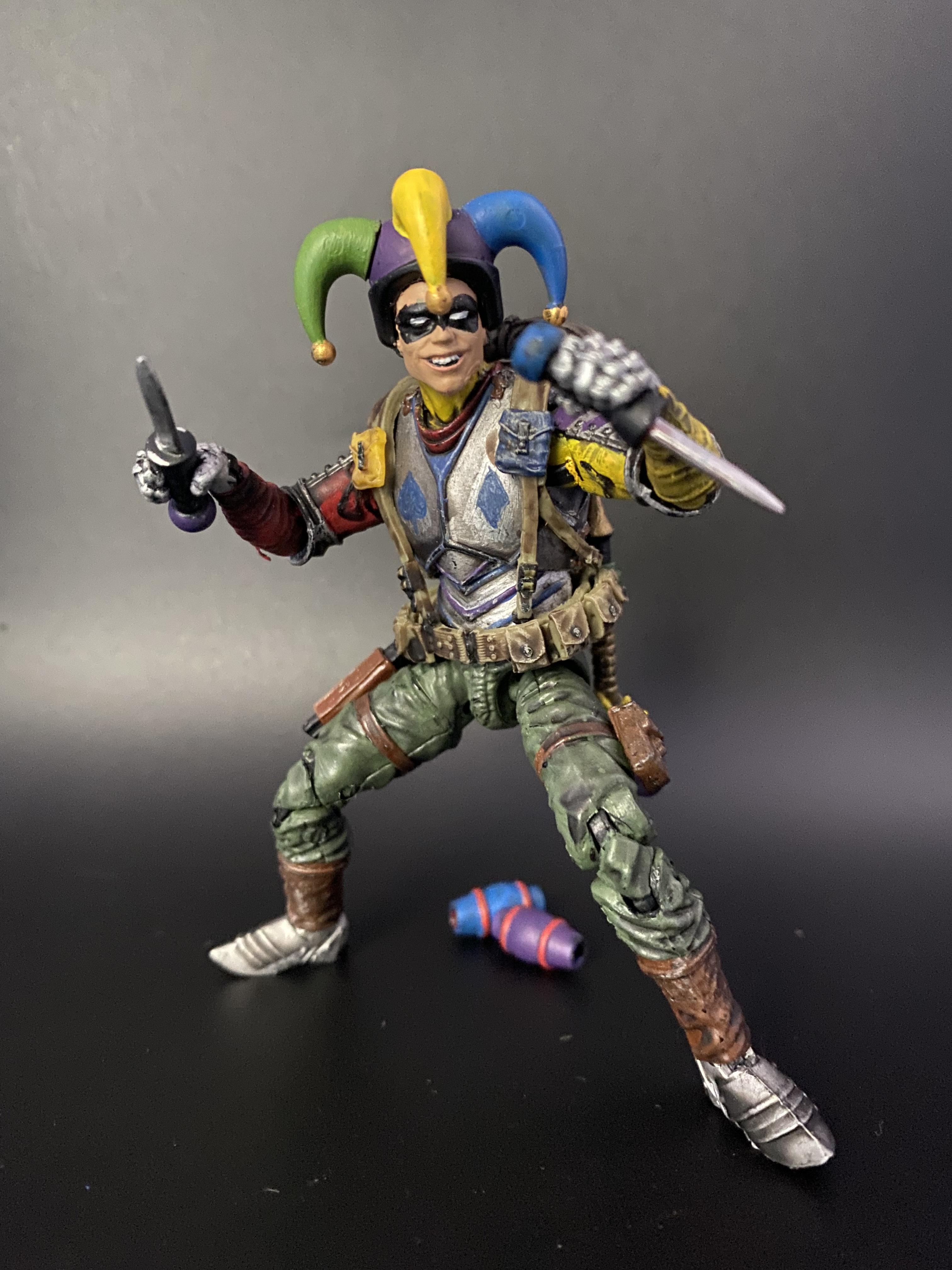